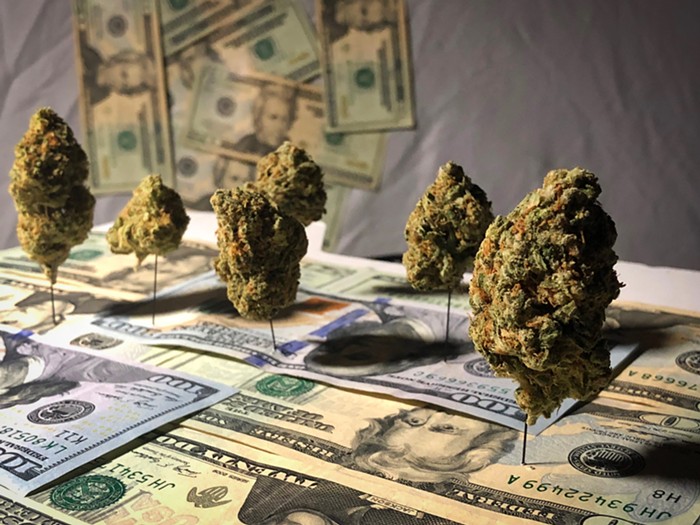 This month, a group of nonprofits began distributing $1.33 million in public funds to Portland cannabis businesses. The program and its funding, called the Cannabis Emergency Relief Fund (CERF), are unconventional, for the beneficiaries – cannabis-related businesses – for the relative speed with which they moved to town hall and for the lack of transparency as to to where these taxpayers’ money was distributed. Approved in December 2021, CERF diverts cannabis-generated tax revenue to support the economic recovery of local cannabis businesses, which have endured financial hardship caused by wildfires, increased burglaries and the pandemic over the past few years. past two years, but were ineligible for federal relief funds. “The cannabis industry needed the same support as all other industries during the pandemic,” Dasheeda Dawson, Cannabis Program Manager, said at a press conference on April 11. “However, cannabis-related businesses have been excluded from receiving [federal Small Business Administration] COVID recovery loans, insurance or grants. December press release, which described the program, the city said local cannabis retail stores have been robbed 200 times since March 2020, with many stores hit more than once. Cannabis businesses have not seen a drop in burglaries in 2022, according to the city. “Since the start of the COVID-19 pandemic, small businesses have faced many challenges as they struggle to survive. , and our local cannabis industry has faced some unique challenges,” Commissioner Jo Ann Hardesty said in the statement. The city’s cannabis program falls under the Office of Community and Civic Life, which Hardesty oversees. laws that often require stores to operate in cash only, making them frequent targets of burglaries,” and Hardesty described CERF as “a safety net for our cannabis industry.” During the April 11 press conference, Dawson noted that CERF is “the first government-funded cannabis industry emergency relief program in the country. disaster relief, so they might have less need for a dedicated program. CERF is also seeking to prioritize equity-focused distribution, similar to what the government attempted last year with the Restaurant Revitalization Fund, which was supposed to prioritize veteran-owned businesses and to marginalized groups but which ended in lawsuits, canceled grants and what the New York Times tagged “a cloud of errors and confusion.” While CERF comes solely from taxpayer dollars, the Portland City Council voted unanimously to distribute the money by proxy, through a group of nonprofits including the Oregon Cannabis Association, The Initiative and NuProject. All three declined to say how the money is distributed. “We do not provide details regarding the companies applying, the companies that have received grants or the amount of these grants,” wrote three organizations, in a joint response to the Mercuryinvestigation. Dawson described this as a way to quickly disperse much-needed funds. “We just opened the app on February 1, disbursements are now active. Once we are able to get a report, it will be public information.” she told the Mercury. City of Portland spokesman Daniel McArdle-Jaimes said the use of those funds will likely be made transparent this summer, when the city council expects to receive an updated report on the program. The City of Portland also announced it would award up to $200,000 in license fee waivers, to help businesses stay compliant during the economic hardship.

AMD Stock fans, mark your calendars for May 3