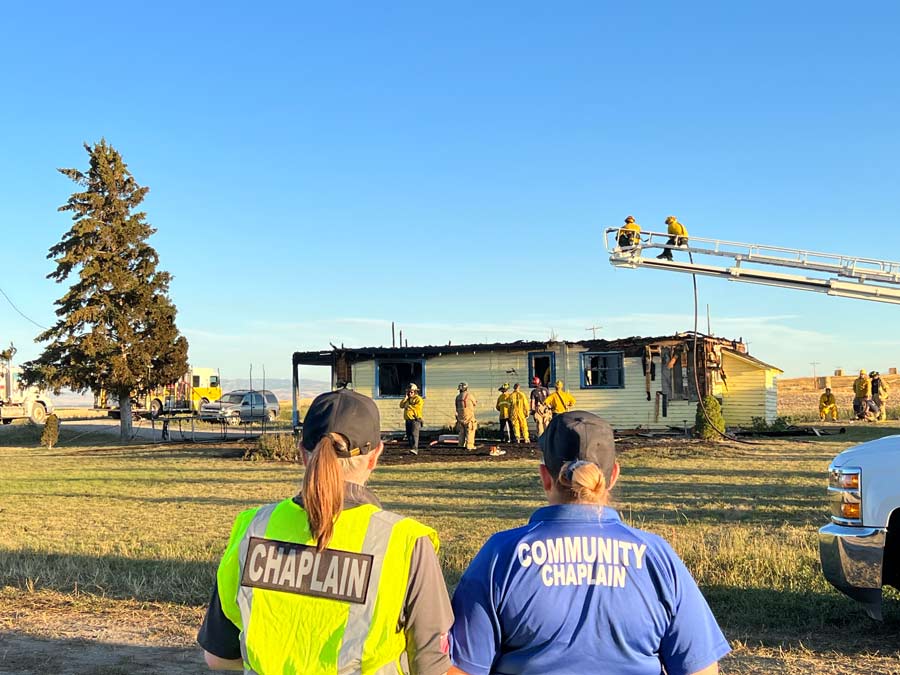 IDAHO FALLS — Like many people in eastern Idaho, Melissa Davis has always had a special place in her heart for first responders.

They captured the hearts of the nation in the days following 9/11 and for years the Idaho Falls mother of three has admired the efforts of the local men and women who serve their community every day.

Davis was intrigued by the idea of ​​becoming a chaplain and saw it as a way to put her support for law enforcement into action.

“At that time, law enforcement across the country was really going through a tough time,” Davis told EastIdahoNews.com. “I really felt called, wanted and needed to be a part of it. I had no idea what I was doing or what I was getting into.

She signed up for a 30-hour training to become a chaplain and quickly found herself entangled in the duties of that role. She works a 12-hour shift three days a week and has since taken on the additional role of chaplain dispatcher, where she assigns chaplains to accompany law enforcement when needed.

The nonprofit recently expanded its program to include firefighters as well, and Davis has been cross-trained to work in both fields. Effective October 1, the program will change its name to Idaho Chaplaincy.

Earlier this spring, Davis says there were numerous house fires in Bonneville County and chaplains were exceptionally busy assisting victims and firefighters.

“I put him in touch with the Red Cross and helped him through the early stages of post-fire trauma,” Davis recalled. “I was able to…give him dinner and put him where he felt comfortable. He had a dog so I helped find a place where his dog could be with him. It was a situation where you really feel like you made a difference.

Despite the challenges of being a chaplain, which often requires working night shifts while her children sleep, Davis says she is grateful for the experience and happy to serve.

“These are really difficult situations that you face, especially (when children are involved). But what is satisfying is that we are trained to step in and provide compassionate trauma care to victims. With this training, I know I can step in and make a difference for these people who otherwise wouldn’t have anyone to help them,” says Davis.

And it’s not just the victims who benefit.

Kerry Hammon of the Idaho Falls Fire Department says chaplains have become a tremendous asset to fire personnel. They have been integrated into a “trust team” for firefighters “who may need a shoulder to lean on after a particularly difficult call”.

“They’ve become an essential part of our team, and we can’t thank them enough for all they’ve done for our community,” says Hammon.

There are currently 30 chaplains helping in various capacities, but the demand is now much greater. Trinchera, who is the executive director of the program, says they currently serve nine agencies in five counties. They would like to provide chaplains in Madison and Fremont County.

“We are growing,” Trinchera says. “On almost every structure fire there is a community chaplain and a dispatched fire department chaplain. They both have different roles on the scene but equally important. They are an essential part of what we do and…as our call volume increases…we are looking to increase the number of chaplains we have to answer to.

For anyone interested in becoming a chaplain, an information meeting will be held Tuesday at 6:30 p.m. at 740 Park Avenue inside the Idaho Falls Police Department Training Annex. During the meeting, Trinchera will provide an in-depth review of the requirements, training, and expectations of potential chaplains.

Applications will be available for those who want to get involved.