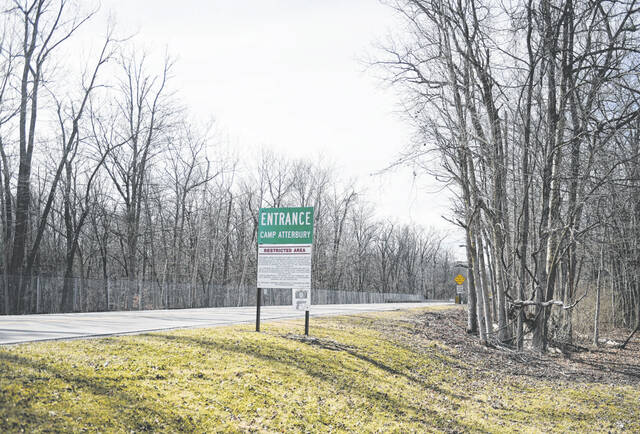 Animals, including many endangered species, inhabit hilly forests, ponds, rivers and wetlands. Bird watchers, anglers, hikers and hunters flock to the reserves and public lands to admire the natural beauty.

At the same time, the forests are interrupted by rugged farmland that bears witness to the county’s agricultural tradition.

Now, private landowners in this area will have access to funding to ensure the land is protected, whether it is used for agriculture, forestry, conservation or other purposes.

A swath of southern Indiana — comprising nearly half of Johnson County around and north of Camp Atterbury — was chosen to be part of a federal program to conserve land around military bases. The Sentinel Landscapes program provides landowners with the resources to maintain and preserve the land around these bases, whether it’s sustainable agricultural practices, wetland restoration or tree planting.

Indiana’s inclusion in the program is a major victory for all residents of the state, said Christian Freitag, executive director of the Indiana University Conservation Law Center.

Sentinel Landscapes was founded in 2013 to strengthen military readiness by protecting military bases from encroachments such as residential development.

“To maintain their military readiness, they have to train there,” Freitag said. “If they have a major residential development nearby, they’re going to get complaints about it. And different bases, like Atterbury and (Naval Support Activity) Crane, have their own water supply. Significant upstream development affects their ability to have clean water on base. »

“When they were setting up this program, their primary goal was to maintain military readiness for American security,” Freitag said. “But they realized that by doing this mission, they can accomplish a number of other government priorities, such as maintaining forests and working farms, and helping farmers stay on their land.

Until earlier this year, seven regions in the United States had been accepted into the program, in states including Arizona, Florida, Georgia, Maryland, Minnesota, North Carolina and Washington.

In February, program organizers announced three new additions: around Camp Bullis in Texas, in northwest Florida and in southern Indiana.

The Sentinel Landscape of southern Indiana encompasses 3.5 million acres – a strip of land about the size of Connecticut.

“It turns out nature is a good neighbor to the military,” Freitag said.

The program aims to improve the resilience of the landscape around military bases by maintaining and connecting healthy forests. At the same time, landowners around participating landscapes can meet the habitat needs of various native species. In Indiana, this includes the Federally Endangered Indiana Bat and the Federally Threatened Northern Long-eared Bat.

Many local and state conservation organizations also worked together on Indiana’s application for the program.

“It is essential to ensure that southern Indiana remains a safe haven for native species and that conservation of natural lands is essential,” Indiana State Director Larry Clemens told Nature. Conservancy. “This designation gives us important tools for the private and public sectors and expands the partnerships essential to protect land, improve water quality, improve climate resilience, and preserve the beauty and splendor of southern Indiana. .”

While entering the program does not create any new sources of funding, it does give landowners in these Sentinel Landscapes areas priority over existing programs, such as those that help farmers protect wetlands or prevent erosion. soils, Freitag said.

“It’s not as if all of a sudden $100 million fell from the sky and was used to buy land. That’s not how it’s organized,” he said. “But now for properties in this 3.5 million acre area, existing federal programs that are already there and allocated in the federal budget, resources for private landowners, these lands take priority.”

Resources for landowners under the new program are available on the Sentinel Landscapes website.

“I expect this to be an infusion of tens of millions of dollars that will now be available to private landowners in southern Indiana who otherwise would not have been,” Freitag said. “This is a victory for private landowners.”