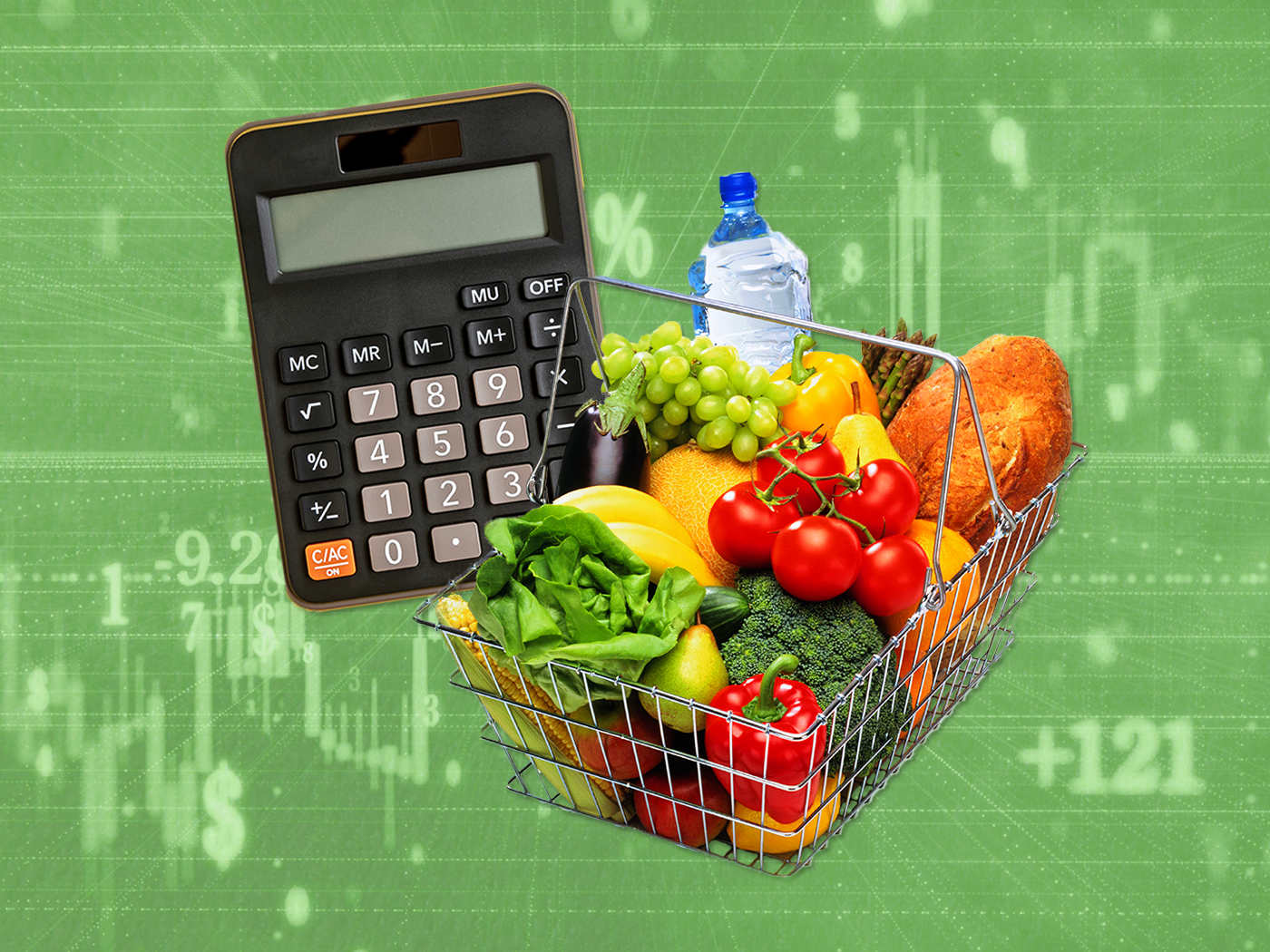 One day, a friend casually mentioned to Mahon that he couldn’t imagine paying 5 cents for a burger in the modern age – and the wheels in Mahon’s brain started turning. “I suggested that it was possible that after adjusting for inflation, a burger might now be cheaper,” says Mahon.

Given his role as regional director of outreach at the Federal Reserve Bank of Minneapolis, Mahon’s response makes sense. Like any good economist, he decided to analyze the numbers himself to see if he was right. First, he researched when a White Castle hamburger would have cost 5 cents and landed in 1929. Then he turned to the Minneapolis Fed’s online inflation calculator to see what the price would be in 2022 dollars and obtained a value of $0.85. . “I’m really ashamed to admit that I did this in my spare time,” he laughs.

Mahon isn’t the only one curious about how the purchasing power of the US dollar has changed over time. With record inflation making headlines in 2022, many Americans are thinking more about the economic concept these days – and, as their grocery, rent and gas bills continue to rise, they are turning to online inflation calculators to help make sense of everything. But how precise and sophisticated are these tools? Can they really help to contextualize the evolution of the value of the dollar? And are they useful for understanding the past?

Inflation measures the overall rise in the prices of goods and services, which, in turn, reduces the purchasing power of a currency like the US dollar. Prices can rise – and purchasing power can fall – for many reasons, including supply shortages and growing consumer demand. An increase in the money supply (which occurs when governments print more banknotes, as the German Weimar Republic did to pay the costs of World War I) can also cause hyperinflation, or runaway prices.

Most online inflation calculators use data from the Bureau of Labor Statistics (BLS) Consumer Price Index (CPI), which has tracked price changes in the United States since 1913. Specifically, the he CPI measures the prices that urban consumers pay for a “consumption basket”. » everyday items, such as fruits and vegetables, as well as services such as haircuts and doctor visits.

As prices rise, the purchasing power of the dollar declines, with people unable to buy as much with the same amount of money – a trend that also makes the CPI useful for assessing wages and salaries. Employees might ask for a raise because inflation has eroded the purchasing power of their paychecks, for example. Although the CPI has received its fair share of criticism and has been questioned about its accuracy (economists have argued that the CPI’s methodology overstates and understates inflation), for now it’s the best measure available to the government. Online inflation calculators are therefore only as good as the CPI. “They are as accurate as possible,” says Mahon.

Online inflation calculators become less reliable when used to calculate the purchasing power of the U.S. dollar before 1913. For inflation before 1913, calculators must rely on estimates that economists have retroactively reconstructed from advertisements, newspapers and other historical documents to obtain a rough estimate. indication of price changes. “We’re confident in the data going back to 1913. Before that, it gets a little sketchier,” says Art Rolnick, former director of research at the Minneapolis Fed and economist at the University of Minnesota.

The price comparison also gets fuzzy when it comes to products and services that have improved over time, such as TVs, cars, and smartphones. Although BLS economists do their best to factor quality improvements into the CPI (as well as decreases in product quantity and size, a phenomenon called “shrinkflation”), some outside experts say they don’t fully capture these hidden price changes.

“A car today is not the same as a car in 1950,” says Rolnick. “When we try to compare what we were buying in the basket of goods today to what we were buying years ago, we have to consider quality and that is not easy. When you go all out, these are not easy comparisons.

Beyond that, most inflation calculators aren’t equipped to explain what’s really going on behind the numbers. Gas is more expensive right now, for example, mainly due to the Russian invasion of Ukraine, which prompted some Western countries to stop importing Russian oil and gas as part of broader economic sanctions. . Labor shortages, supply chain issues and strong consumer spending related to the Covid-19 pandemic are also to blame for rising inflation. While prices are rising on average, some products are actually cheaper today than they were in the past due to manufacturing innovations, technological advancements, and increased competition.

“Inflation is just a number, and prices can go up or down for many reasons,” Rolnick says. “What we generally want to know is: are we better off today than yesterday? Is it more or less expensive to buy apples today? Or, generally speaking, can we buy more goods today than before?And clearly, our standard of living is on the rise.

What inflation calculators tell us

Ian Webster, a 32-year-old software engineer based in San Mateo, Calif., is also trying to help ordinary people better understand the economy with his popular online inflation calculator, which he launched in 2013. His calculator spits out numerical values ​​- for example, $100 in 1913 is worth $2,993.04 today, but it also offers a host of other information, such as the inflation rate by expense category, formulas used by the calculator and links to data sources. His US data before 1913 goes back to 1635 and comes from historical studies; it also has data from other countries, including Canada, the United Kingdom and Australia.

“I’d like to think I’m breaking it down in a way that someone can actually walk away with a deeper understanding of what inflation is and how, as an economic concept, it relates to its life,” says Webster. “There’s a way to use it, which is to type in a number and come away with a number in the headline. But presenting inflation as a single number is a bit tricky because it really depends on your habits. Everyone’s basket of goods is a little different.

To illustrate how people experience inflation differently depending on their socioeconomic status, purchasing decisions, and other factors, New York Times‘ Ben Casselman and Ella Koeze created a ‘What’s Your Inflation Rate? calculator in May 2022. By answering seven simple questions about their spending, travel and eating habits, users can estimate their own personal rate of inflation, further nuanced headline numbers. Prices began to rise rapidly in the second half of 2021, climbing 6.8% year-on-year in November 2021. Then, in 2022, inflation continued its rapid rise, reaching 9.1 % in June, the fastest pace since November 1981.

Generally speaking, inflation disproportionately affects low-income people. But in recent months it has also affected meat eaters, people on long commutes, renters and frequent travelers, among other groups. “[Typical] Inflation calculators are useful, but they don’t accurately reflect realized inflation at the household level – they don’t know which stores you shopped at or what types of goods you bought,” says Michael Weber, economist at the University of Chicago stand. School of Business and Associate Researcher at the National Bureau of Economic Research.

The bottom line: While online inflation calculators are useful for getting a general idea of ​​how the purchasing power of money has changed over time, they don’t tell the whole story. Typing in numbers out of curiosity, such as while reading about a historical moment or gazing at an old hamburger menu, can be a fun and insightful exercise in learning more about the past, but the results of inflation calculators are really just that. the tip of the iceberg. . “It’s a starting point that allows you to start asking deeper questions,” Rolnick says.

14 Halloween advent calendars to shop in 2022

Calculators ready with Dr Crokes in danger of relegation

Best Accurate Bottleneck Calculators to Use Online in 2022