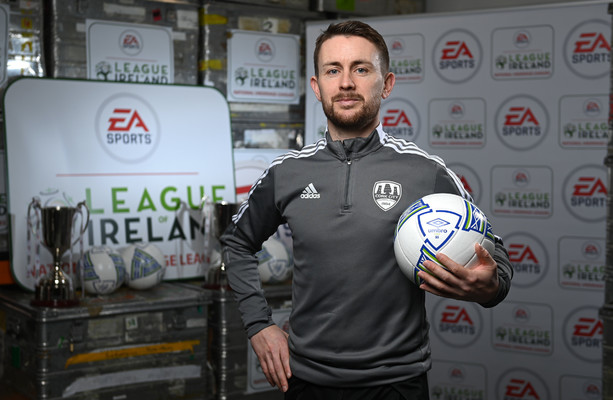 AFTER A not without acrimony OFF-SEASON, the League of Ireland’s minor leagues return this weekend. Well, all but one: the U15, U17 and U19 championships start this weekend, but the U14s have been postponed until July.

Last December, the FAI board voted to postpone the start of the U14 season to the summer to avoid the breakup of schoolboy clubs in the middle of their winter season. Staggered calendars are a constant source of friction: LOI academies play a summer season; the school clubs from which they recruit play a winter season.

The FAI’s decision was met with a furious statement from Shamrock Rovers, calling for an explanation for what they called a “random and thoughtless” decision. With the FAI board sticking to its original decision, the clubs decided to recruit as normal and have friendly matches between them until the official start of the league.

It sparked mutual anger among schoolboys’ sections across the country, with Cork Schoolboys League secretary Eddie Doyle condemning Cork City and Cobh for recruiting players, saying they were “acting despicably” and refusing to players the opportunity to play in the long-standing representative Kennedy Cup.

Liam Kearney is the director of the Cork City academy.

“Listen, it was a disappointing but to hear, how it was said and what was said,” he says Jhe42. “There is frustration there, a lot of it can come from the lack of league alignment. Do we want to take three or four players from a club halfway through their season? No, we don’t. But at the same time, as head of the academy, it’s important that we integrate the best players into our structure for their development.

Kearney admits his disappointment with the way the situation unfolded – believing there was little discussion about it and that it was implemented without warning – but rejects claims that the friendly matches organized between academy clubs do not make sense.

Kearney says he would like to see the leagues aligned as a summer season.

“I think it’s obvious. There are many reasons for me why the summer season is better. The pitches are better, the games are better and the style and level of football are better. I would like to see all the leagues aligned on a summer season, the number of games canceled in the winter anyway, the weeks go by when the teams have no games.

“It makes sense to me. It’s a great conversation to have and I’m open to sitting around a table with all the different stakeholders. For me, it’s about building that relationship, that’s the key. It’s not ‘them and us’, we certainly don’t want that. As I said before, we get our players from school clubs and we want to work with them as much as possible.

Cork City academy have caught the eye of the media in recent weeks, with a publicity blitz accompanying the confirmation of Cathal Heffernan’s transfer to AC Milan. Heffernan played for Cork U19s last year and made his first-team debut towards the end of the season, and last month joined the Italian giants on a six-month loan.

However, it is widely accepted that the academic system in Ireland is underfunded, with Kearney being one of only six full-time academy directors in the country.

Contrary to popular belief, Kearney points to the quality of the players and the style of play presented in the games to say that the academy system in Ireland is “very well placed”.

He says, however, that academies like Cork’s are run “professionally without being professional”.

Get closer to the stories that matter with exclusive analysis, insight and debate in The42 Membership.

“Sometimes it feels like operating with one hand tied behind your back. I just want funding for the whole league. We only have six full-time academy directors. If we’re talking about stopping players from signing for AC Milan, we have to be realistic about improving our professionalism. This means providing full-time positions, other than just Academy leaders, and building the infrastructure.

“With pitches and facilities, we are doing our best in our situation. [Treaty United manager] Tommy Barrett said that despite our lack of funding, there is still a great product here. We have talent that rivals the best internationally. We saw it recently with our U17s who beat Belgium. We are in a stronger position, but I prefer not to say “despite” but “because of”.

There were times when Kearney himself had to find the money to fund certain aspects of the academy.

“I arrived last year and I’m trying to improve [from] where it was. I told the club they need to do more and in fairness to the club they say so [the money] just isn’t there. I understood that so I said, ‘Okay, I’ll find it myself.’

“There is always something you need. Just yesterday, I spoke to Kevin Doyle. He’s a friend of mine and we played on the same Cork City team for years. I said, ‘Kevin, I need a mast for the cameras to record the games’ and he was like, ‘Okay, I’ll sort it out for you.’ »

“You kind of have to lose that fear of asking people. Kevin was talking about having a great time at Cork City and how he wouldn’t have continued to have the career he did without them. It’s part of the job.

Despite the challenges, Cork’s academy is brimming with talent: striker Mark O’Mahony has signed professional terms with the club and been capped at U17 international level, along with fellow Cork striker Franco Umeh.