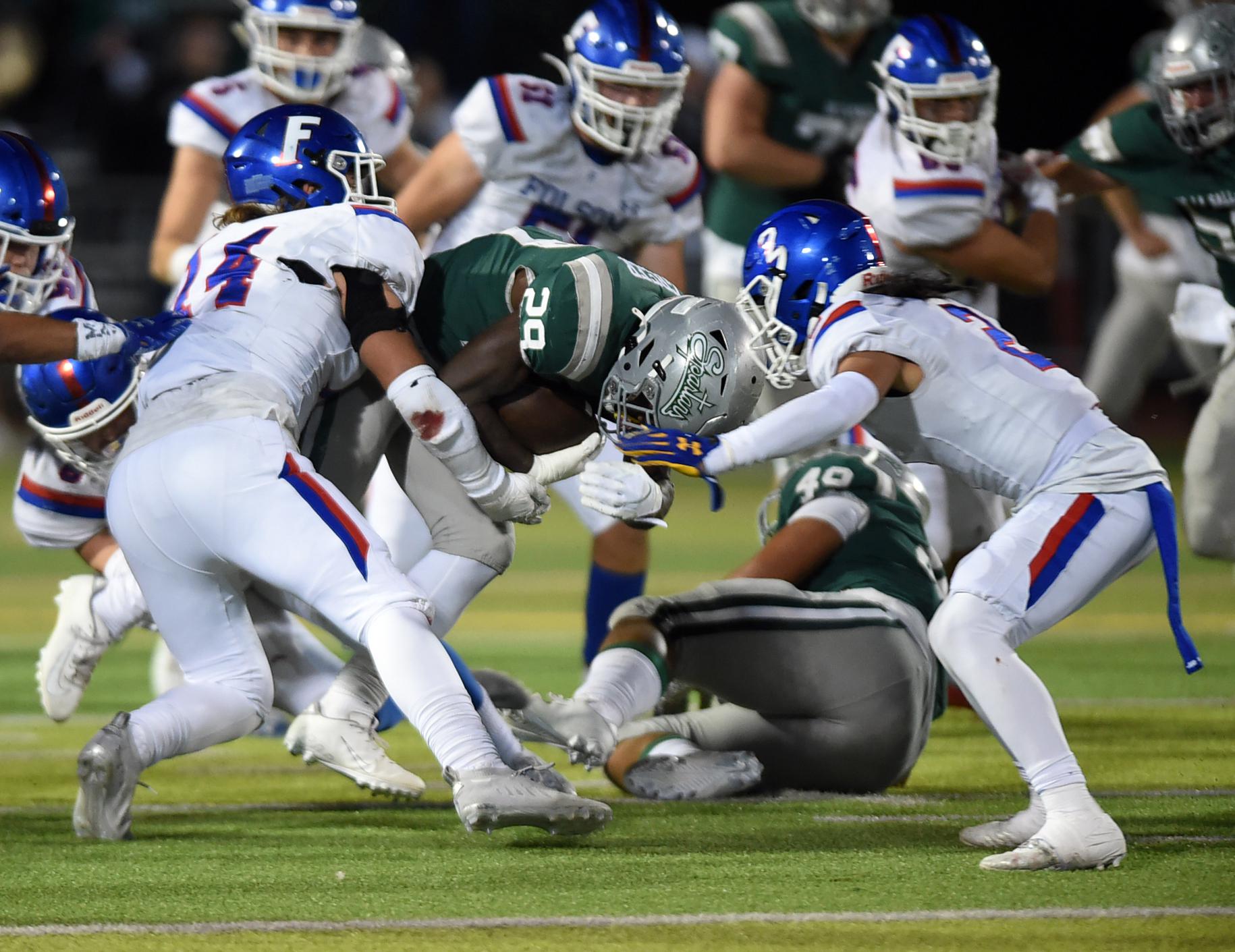 Mark your calendars, here are the best high school football games of the season

There are many reasons to attend a high school football game. Rivalries. The best rookies and teams. Marching bands. Community spirit.

Coming out of a pandemic, coaches and administrators say enthusiasm is at an all-time high. Being coerced, of course, did not sit well with the students.

Beyond a terrific opening week streak, here are some other matchups worth watching this season. (All games are at 7 p.m. unless otherwise specified.)

Serra at De La Salle-Concord (8 p.m.): The early season game could go a long way in deciding the Northern California Open Division representative. The annual state power rivalry was halted in 2016 after De La Salle’s 10 straight wins. The talent gap has narrowed considerably since then.

Campolindo-Moraga to Aptos (7:30 p.m.): Two of the best and most colorful coaches around – Kevin Macy of Campo and Randy Blankenship of Aptos – and an interesting twist. Aptos bombarded hosts Campolindo 49-0 last season. Campo bounced back and won his seventh North Coast Section crown under Macy’s.

Bellarmine at McClymonds-Oakland (7:30 p.m.): Both are great programs, but somehow they’ve never played each other before.

Saint Francis to De La Salle (7:30 p.m.): It’s rare that the Spartans can use recovery as motivation, but given the Lancers snapped De La Salle’s 318-game unbeaten streak in Northern California last season (31-28 on Sept. 10), the Spartans will likely play with extra focus.

Folsom at Pittsburgh (7:30 p.m.): Pittsburg features 5-star QB Jaden Rashada and five wide receivers offered in Division I. Folsom has a high-octane offense. It should be wild. Folsom, who beat the visiting Pirates 38-17 last season, is powered by 6-6 junior QB Austin Mack, who completed 20 of 26 last week for 342 yards and five touchdowns.

Menlo-Atherton to Wilcox-Santa Clara: Wilcox can stop the quickest of offenses by simply controlling the ball. Great contrast in offenses.

(All games at 7 p.m. unless otherwise specified)

Serra n°3 at Folsom (1-0): The CIF chose Serra over Folsom to represent NorCal in the Open Division state title game, which raised a few eyebrows. Now teams decide things on the pitch when they first meet. Two of the best junior QBs in the state meet in this one, Serra’s Maealiuaki Smith and Folsom’s Austin Mack.

No. 8 Bellarmine at No. 4 Menlo-Atherton (2 p.m.): The teams have shared their last six encounters, with Bellarmine winning one of the best games of 2021, 56-41. Menlo-Atherton tweeted Thursday that the CSC had made a decision on wide receiver Jurrion Dickey, a transfer, but did not release details. Inquiries with the school and the CCS were not immediately returned.

McClymonds-Oakland in Pittsburgh: The highly anticipated 2019 match was canceled due to poor air quality due to wildfires. They’ve only played once, a 26-21 McClymonds win at Pittsburgh in 2010.

Balboa at Lincoln (2 p.m.): The teams split the final two games of Turkey Day and, as overwhelming AAA favorites, will meet again. This serves as a mid-season preview.

Bellarmine in Saint Francis: This could decide the WCAL championship.

Cathedral of the Sacred Heart in Riordan (2 p.m.): The Stanfel Cup and a Central Coast Section playoff berth could be on the line. The game will also pit first-year coaches Sacred Heart Cathedral’s Antoine Evans against Riordan’s Adhir Ravipati.

From La Salle to Clayton Valley: An East Bay coach’s prediction that Clayton Valley would win was in print. More blackboard material for De La Salle.

Marin Catholique-Kentfield to San Marin-Novato: Not only is the clash of the defending state champions likely to decide the Marin County Athletic League crown, but 2021 San Marin starting QB Joey Cook will face his former teammates after his transfer to Marin Catholic .

Pittsburgh to Antioch (TBA): The Big Little Game is usually big, but adding spice to this 104th meeting is the transfer of Charles Brown — Pittsburg’s top running back last season — to Antioch.