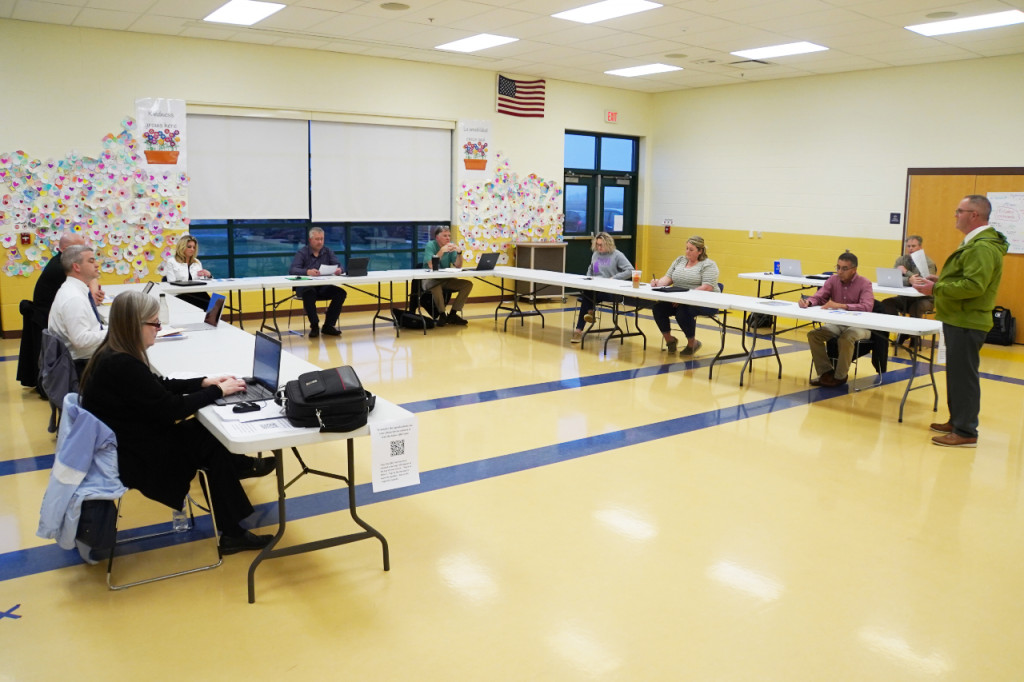 ROCHELLE — At its meeting on Tuesday, the Rochelle Elementary School District School Board voted unanimously to approve the submission of a grant application to help continue its HUB program.

The program, which specifically aims to support at-risk K-8 youth in the district using a before and after school model plus a summer school. has been fully funded by the grant for the past 10 years. The district currently receives approximately $435,000 per year to run the program at no cost to itself and the community.

District Superintendent Jason Harper said the Illinois State Board of Education’s Nita M. Lowey 21st Century Community Learning Centers grant round will be more competitive this time around, with a total of $10 million awarded and more districts seeking post-pandemic programs for at-risk youth.

“We’re full steam ahead,” Harper said of the grant submission. “We feel the weight in a positive way of what this means for our community and our students. We are working and exhausting our capacity to try to extend this as long as possible. The grant is due before the end of April. We were told that we would not know the fate of our application until probably October. We will compete with any other districts that decide to apply for funds from this pot. »

The district originally received the grant 10 years ago, and five years later the state decided that the original cycle winners would get an automatic rollover for an additional five years.

Harper said the program, which currently has 200 students enrolled, has also been excellent for community partnerships and has even included programs for parents.

“It’s a fantastic grant, it’s costing us almost no dollars to run this from the perspective of our district and our community,” Harper said. “It is a pure advantage for our students, our families and our teachers if they want to work overtime. It’s a great program.

HUB program director Amy Hayden worked with the program’s grant evaluator, ISBE and administration to rewrite the grant application to remain competitive. Harper thinks the district has 10 years of evidence to show how successful the program has been for the community.

With uncertainty over whether or not the grant application will be successful and the selection process taking until October, Harper said he would like to commit to the HUB program running in the fall using the funds. from the district and other grants.

“But I don’t want to misrepresent that this program is ultimately sustainable for another five years without the grant,” Harper said. “There’s inflation and all kinds of things going on with the budget concerns of the district in general. Looking at our projected budget that we have under this bid and what I think we can do to start next year, I think we can commit to that with our parents and our community. Beyond that, I think it will be an evolving conversation.

Doyle said last year’s focus for improvement was to increase social-emotional learning (SEL) support for students and staff. One challenge was getting back to full in-person learning after the pandemic hampered it, especially for kindergarten and first graders who had never been in the format.

“It’s been a big challenge and it will still be a work in progress as we finish the year and probably next year,” Doyle said. “I appreciate everyone’s efforts in this regard. We’ll be back this summer with more details on how we measured this and how it worked.

Doyle said he assumes the school’s improvement focus will be similar next year with a focus on ASE. The district tries to measure success through student referrals (both positive and concerning), counseling interventions, feedback from students, parents, and teachers, baseline student observation, and testing with a universal screening tool for SEL.

Improvements this year included the addition of a third councilor so that there was one in each building.

“Looking forward to the next year, we know that social emotional needs, if our kids aren’t regulated or in good condition, they won’t learn,” Doyle said. “The only thing that hasn’t changed in public education is from bell to bell. It’s a short window to get them here and get everything they need.

The council unanimously approved an agreement with Jim Gensler to operate the district’s land under a cash lease agreement he has entered into with the district since he purchased the land.

Telling the Story of Appalachia: A writing program delves into 250 years of history | News