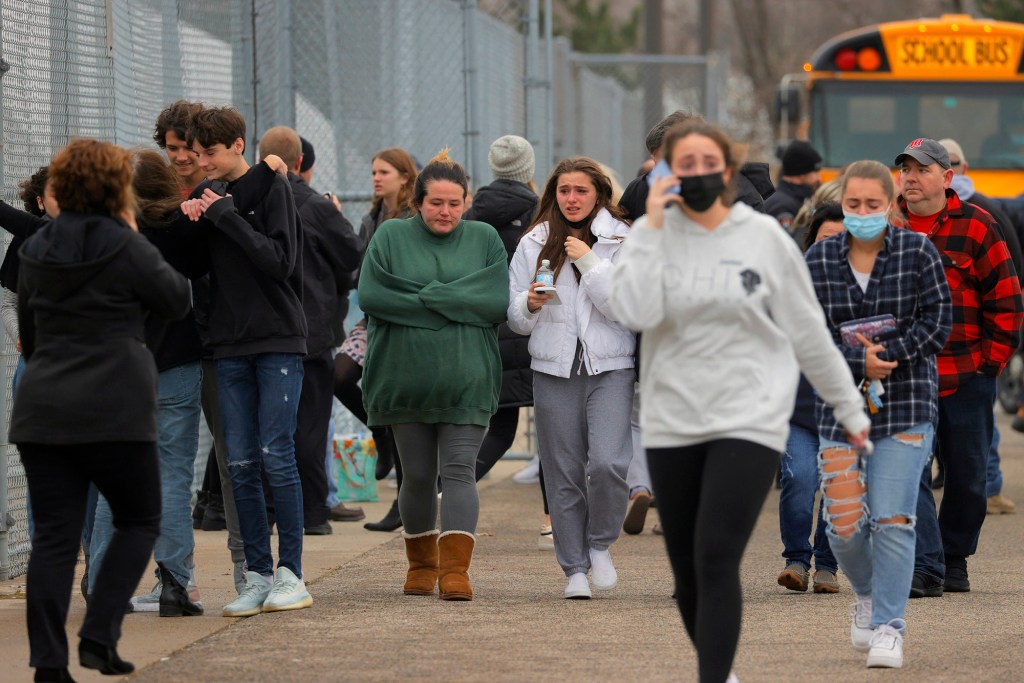 Survivors of the deadly Michigan school shooting recalled the heartbreaking moments when bullets rang out inside the building – prompting students to arm themselves with scissors and teachers to barricade doors, according to the reports.

Oxford High School senior Aiden Page and his classmates had just started their AP statistics class when gunfire erupted on Tuesday, but they were prepared for the terrifying situation as they frequently perform active shooting exercises, CNN reported.

Page told CNN that her professor rushed to lock the door before students pushed desks against her.

“We grabbed calculators, we grabbed scissors just in case the shooter got in and we had to attack them,” he said, adding that a bullet actually pierced one of the desks.

Page texted his family and told them he loved them before checking out his classmates, who had covered the windows with whiteboards and hid in the room amid the chaos, The New York Times reported.

“You never think it’s going to happen to you – and then it does. This is just insane, ”he told the newspaper, adding that it would take some time before he was ready to go back to school.

“Definitely not like tomorrow or probably not even this week,” Page said.

Meanwhile, freshman Mark Kluska told CNN he heard someone announce a lockout of the school’s speakers.

“I started to realize it was real when I started hearing screams,” he said.

Sign language teacher Moises Cortez closed the door and blocked it with a metal doorstop as the students squatted.

“He closed the door and put on like a metal doorstop so that no one could break down the door,” Kluska told CNN. “After we turned off the lights he told us to go to the corner because maybe it wasn’t an exercise and he wants to be safe.”

Moments later, someone claiming to be a sheriff was heard yelling at them to get out.

A dozen frightened students are seen on video shared on social networks immediately skeptical of the supposed authority figure. We hear a girl whisper, “We don’t know who it is.” “

The students then jumped out of one of the room’s first-floor windows and ran through the snow to a main entrance to the high school manned by a uniformed officer, according to the footage.

The suspected gunman, an unidentified 15-year-old sophomore at the school, was arrested five minutes after a flood of 911 calls were made from the school, officials said. He was detained at the Children’s Village and does not cooperate with the police.