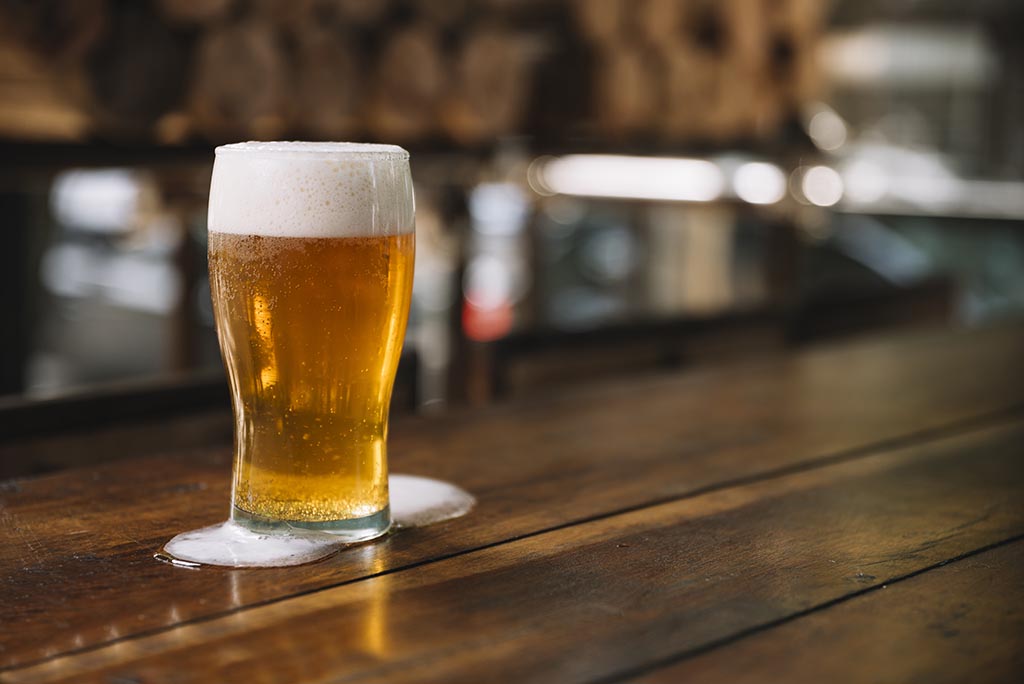 The liquor license frenzy is coming – mark your calendars

As time is running out until the June DABC meeting (sorry, it’s DABS now folks) so interest is building around who exactly is going to nab all those delicious bar licenses that are going to roll out. Much like an exotic flora that blooms once every 17 years, it’s a virtually unheard-of event, something to see and tell the kids about one day. As a reminder – NINE full bar licenses will be distributed next month; and there are plenty of people chomping at the bit to get one. Keep reading to learn more about it.

This month’s meeting and the first notable item to report: May 2022 was the month private liquor license sales were legal in Utah. In case you forgot, this was overturned in the 2022 legislative session. The most notable private sale (in my eyes) was the bar license owned by Zest, sold to the Bourbon Group for a fairly reasonable price of $30,000. The license will in turn be used by the upcoming Franklin Ave Cocktail & Kitchen. This will be Bourbon Group’s fourth downtown outing, the last of the quartet coming to Edison Street this summer. Presumably, the band’s owners weren’t willing to risk the unpredictable free-for-all that was heading our way in June.

Other transfers this month, with prices attached, include:

And that’s your lot, private sales of liquor licenses no longer exist. On the actual meeting then, and the next sixteen hopeful companies are all on the docket for a license – with a single license available this month. The full list, in case you need a reminder, is as follows (with planned go-live dates):

Those who seek the abacus and furiously scribble complex equations will no doubt notice that once again we have far more enthusiastic entrepreneurs than the state of Utah has bar licenses. Expect drama in June. Winner of this month’s Gold Ticket, Wasatch Loft & Tap Room Bar, which will open the top of its Park City space as a 21+ bar.

Remember – DABS really wants to hear from you – they are as genuinely frustrated with the lack of licenses as the rest of us. Voice your opinion via hotline@dabc.gov and come back and join me this time next month.

On other licenses distributed this month…

Utah’s thriving craft cider scene hit another milestone today as Scion Cider, Utah’s newest cider house and urban bar in Salt Lake City, has teamed up with Etta Place Cider, in the southern Utah, to create a limited version from local Utah apples, fermented with seasonal yeast and dry hopped. with Azacca hops. The result is a powerful 8.0% ABV apple wine that is dry, sparkling, bright and citrusy with tropical notes to kick off the summer season.

Starting today, the collaboration will be available on tap only at the Scion Cider Bar in Salt Lake City while supplies last. Etta Place will sell co-branded bottles from its tasting room near Capitol Reef National Park. A limited supply of the collaboration cider will also be available for the Utah DABC Special Order at checkout. (12 bottles, 500ml, $8.95 each, CSC #923835)

The joint initiative brought together cider makers from Scion and Etta Place to share knowledge and resources between small businesses. Open less than six months as a cider-focused bar, Scion was experiencing delays in receiving production equipment and was still awaiting manufacturing permits; Etta Place, which opened in the spring of 2021, had not yet experimented with dry hopping cider and had no prior experience cask cider and wine. Using the Torrey facility to produce the first-ever collaboration between Utah-based cider houses was the perfect fit, allowing the two groups to work together.

Rio Connelly, General Manager and Chief Cider Maker at Scion, brought his expertise of more than 10 years to the Utah craft beer scene, serving as co-founder of Proper Brewing and assistant production manager to debut of Epic Brewing.

Connelly shared his excitement at bringing his first cider business venture to life: “It was an amazing opportunity to work with Robert, Ann and Travis of Etta Place. We had already been friends for a few years, so doing this project was a no-brainer and we had so much fun. They care so much about their product and it shows in the final cider. I can’t wait for what we will do together next!

“The great thing about the cider community is that almost everyone understands that we’re not in competition with each other. There just isn’t enough craft cider in America to meet the demand,” added Ann Torrence, co-founder of Etta Place.

While Etta Place operates its own heritage apple orchards near the aptly named Fruita, Utah – for this collaboration, the juice mix consisting primarily of Jonathan apples, along with Honeycrisp, Granny Smith, Fuji and Gala varieties – was provided by Jordan Riley, Scion co-owner and arborist of The Partner Farms, a multigenerational family operation in northern Utah.

“Without this collaboration, we would never have tried a hoppy cider in our first year of production. Rio’s vast beer experience guided the development of the recipe in a direction that would have taken us months of bench testing to get started. Instead, we nailed it on our first attempt. We can’t wait to start pouring this into our tasting room. This will convert quite a few people to hoppy ciders as a category.

In the heart of the Central 9th ​​district and the Granary district teeming with craft breweries, Scion Cider is bringing a new kind of tasting experience to the downtown Salt Lake City bar scene, and this initial collaboration is sure to be a hit. craft beer lovers, cider newbies. as well as wine lovers.

Via Drink in Utah mailer…

The name change DABC > DABS is official in June. We cringe every time we type it. Does anyone have any better ideas on how to reference them in shorthand?

Either way, they made up for last month’s very late price book with an earlier than normal release this month. We analyzed the numbers and generated a new price report. Click here to see what’s up or down in price, what’s new and what’s discontinued.

Luckily, there aren’t many price increases this month. Let’s hope this trend continues. It seems like a big month for local gin as Beehive, Madam Pattirini and Salt City are all having sales. Warmer weather and a local G&T sound good to us!

Want to stay on top of the SLC culinary scene, minute by minute, dish by dish? Here are some other places you should follow:

Hi, I’m Stuart, nice to meet you! I am the founder, writer and wrangler of Gastronomic SLC; I’m also a former food critic for over five years, working for the Salt Lake Tribune. I have worked extensively with several local publications, from Visit Salt Lake to Salt Lake Magazine, including helping to review national TV shows.

I’m a multi-award winning journalist and have covered the Utah food scene for nearly fifteen years. I’m largely fueled by a critical obsession with rice, alliteration, and the use of big words I don’t understand. What they say about me: “Not inaccurate”, “I thought he was older”, “I don’t share his feelings”.

This article may contain content provided by one of our paid partners. These are some of the best companies in Utah. Current companies we work with include:

For a list of all our past relationships, see our historical partnerships.